"The Court of Appeals Addresses Family Law: Some Welcome Attention" 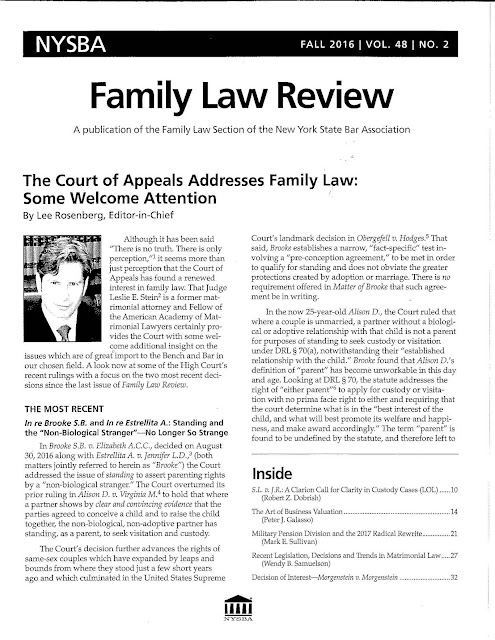 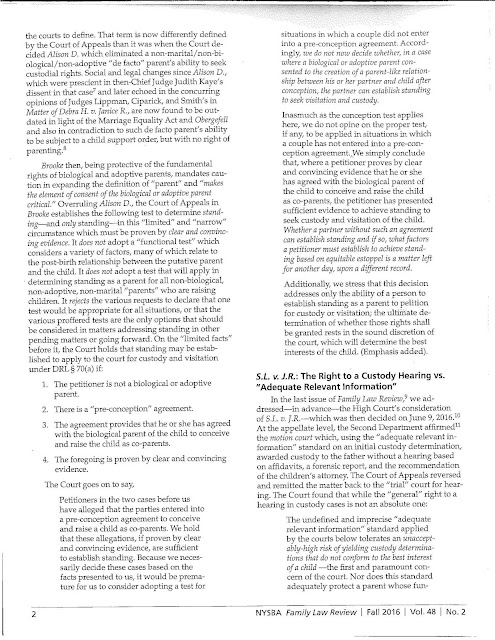 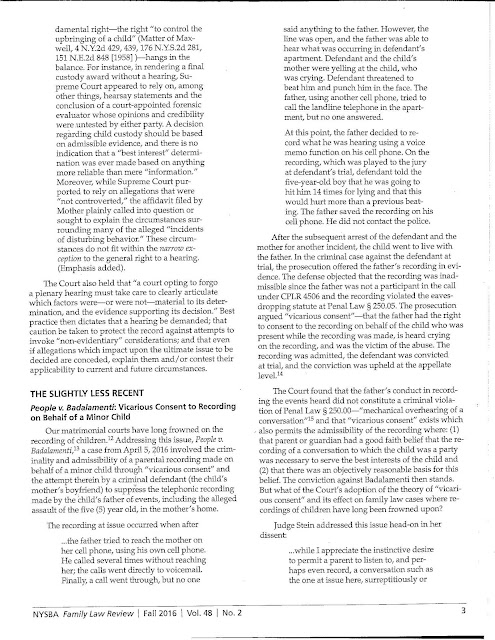 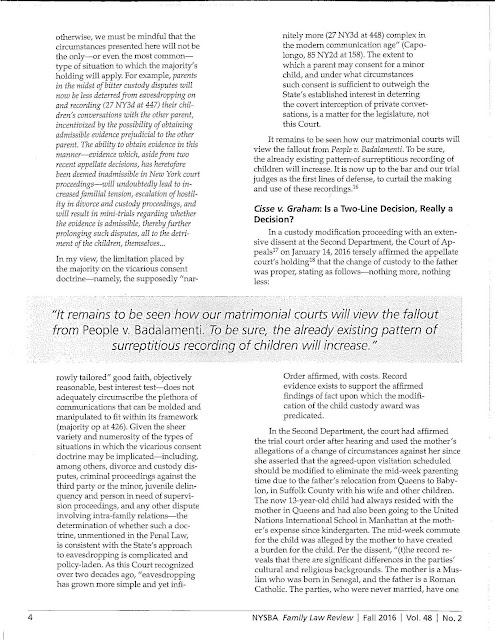 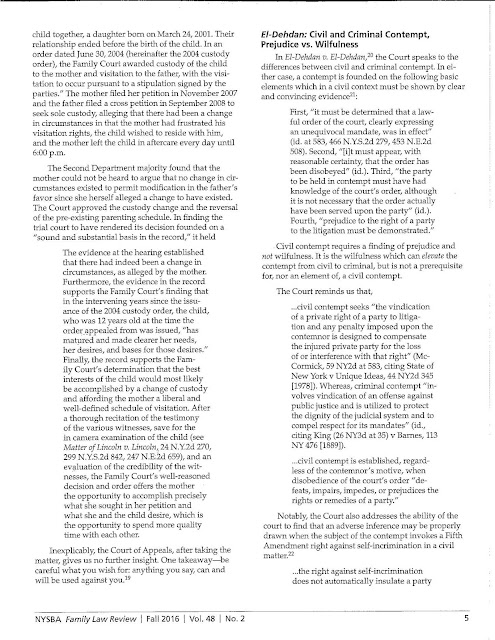 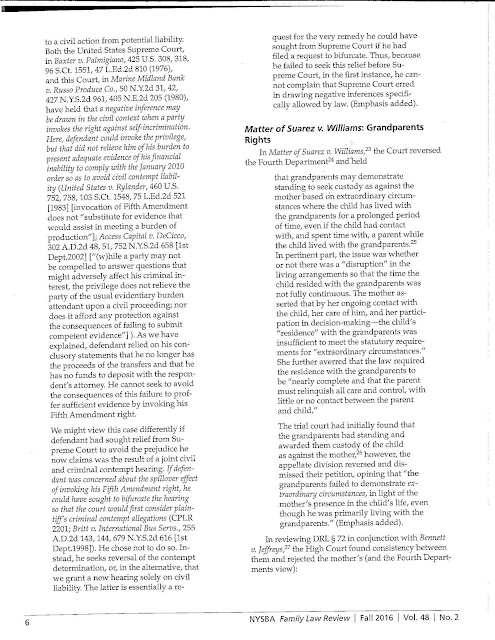 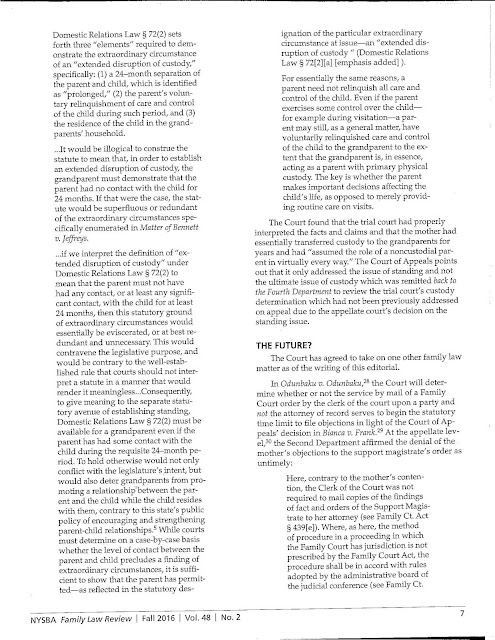 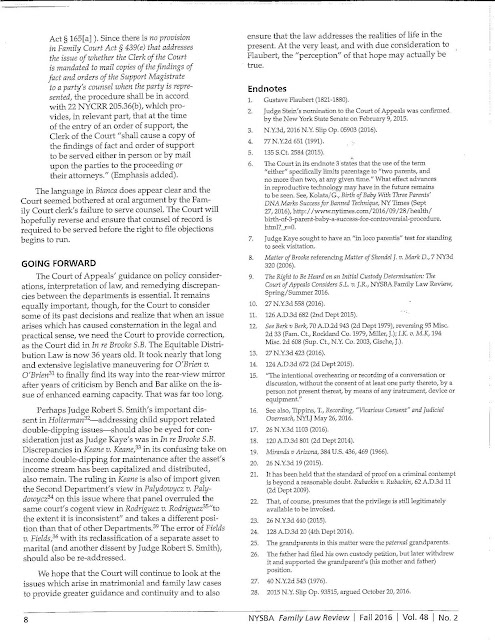 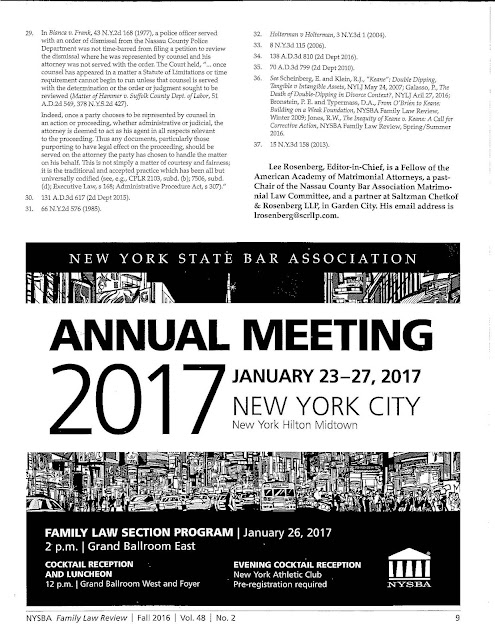 Posted by Lee Rosenberg at 1:42 PM

We apply our precedent in Matter of Bianca v Frank (43 NY2d 168 [1977]) to Family Court Act § 439 (e) and hold that if a party is represented by counsel, the time requirements set out in the statute for objections to a support magistrate's final order, when the order is served by mail, do not begin to run until the order is mailed to counsel.

ALL THE PRESIDENT’S MEN AND WOMEN: AN ELECTION DAY WISH

ALL THE PRESIDENT’S MEN AND WOMEN: AN ELECTION DAY WISH

There is that saying about “religion and politics”. Many friends and families have been torn apart by the tone of the last eighteen months. This “discourse” if it can be called that, has been disrespectful and vile. “Surrogates” and partisan talking heads have not just spun, they have outright lied. They know they have lied, or if not, they are without enough intelligence and introspection to be asserting those falsehoods to another person, never-mind the public.

The rhetoric has damaged us as a people. It has been said that the difference between matrimonial litigants and criminal defendants is that the latter are bad people doing bad things while the former are good people doing bad things. Something about the stresses and strains of divorce brings out the worst in people, even as they chart a course which damages themselves, their reputations, and even their own children. No matter how often caring lawyers and concerned judges warn against taking the path of destruction, they are so blinded by a cocktail of hatred, fear of the future, and a feeling of self-righteousness, that the big picture is lost; decency is lost; credibility is lost. This is often true of both sides,  since as the Third Law of Newton tells us: for every action comes and equal and opposite reaction. The problem is that the “opposite” we are talking about here is one which is also directed back to the source of the initial action. Certainly, varying degrees of bad behavior exist. Not all are the same and not all are equal, but it is very hard to stay above the fray. The vitriol we see on a daily basis in the courtroom is a microcosm of what we now see on public display. A lack of respect for each other and for the system itself. False assertions. Increasing domestic violence. A willingness to burn down the house rather than “lose” to the other.


And now the soap-box.

I try not to do politics where I know the dialogue will not be civil—especially on Facebook. I have friends on both sides of this election. It's time for it to be over. This has been a disgraceful chapter in our history. We should have been better than what we have seen.  I have voted Democrat, Republican, and Libertarian.

I voted for Reagan. I voted for Obama. Neither was a horrible person. Neither brought shame to the Office of the Presidency. Both brought hope to the Country in their own way whether you agreed with all of their policies or not.

We are a Republic.
We have a free press.
We believe in separation of church and state.
We protect the rights of the minority voice.
We have checks and balances.
We have a Constitution.
We go forward and not in reverse.
We have a vital role in the world.
We are not a dictatorship.
We have free elections.
We are a nation of immigrants, many who came to escape persecution.
We don't threaten to jail political opponents.
We don't invite authoritarianism.
We respect those who have served our Country.
We have nine Supreme Court Justices


We need to respect each other and our differences. And find our similarities.
And discern facts from hyperbole, errors from lies, disagreement from hate.
Stop looking at internet rhetoric which has no basis in reality.
Stop comparing everything to "Watergate".
Respect the law and the right to peacefully protest.


What kind of Country do we want to live in going forward?

We have the precious right to VOTE! Not everyone does. We remain unique in the World. Not always in a good way but overwhelmingly so. We are still the place where others want to come—good people; even those who are told they are not wanted.

We will survive it all. We have come too far not to.

I took my nearly five-year old son into the voting booth this morning. My wife will do the same this afternoon. It is his future too. He is being raised to be both strong and respectful- they are not mutually exclusive concepts. We are very lucky. America is already great. It doesn't need to be made "great again".

Now let's go back to sharing pictures of our families, memories, and the good things in our lives. Find some new memories; new good things.

We may be different, but that is OK. We may no longer be together, but we are still bound to each other-- especially if we have children. Hatred seems easy to carry, but it is hard and wearing and destructive.

Justice is also not easy and is very often slow and flawed. The system is confusing and needs work. Both, however, require our efforts, deserve our respect, and permit passionate argument of one position over the other. Listen more; set aside the invective; resolve differences; move forward.

Go Vote. History is watching. So is Herstory.

"The Right to Be Heard on an Initial Custody Determination: The Court of Appeals Considers S.L. v. J.R." 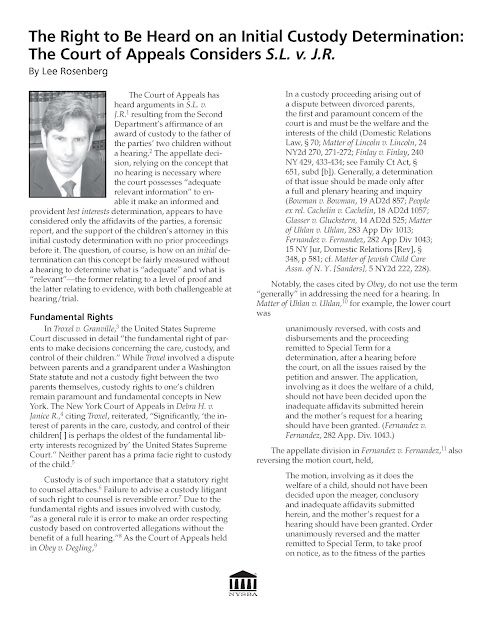 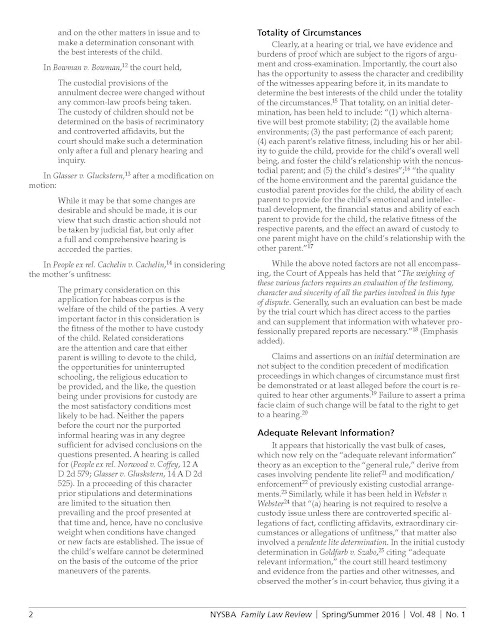 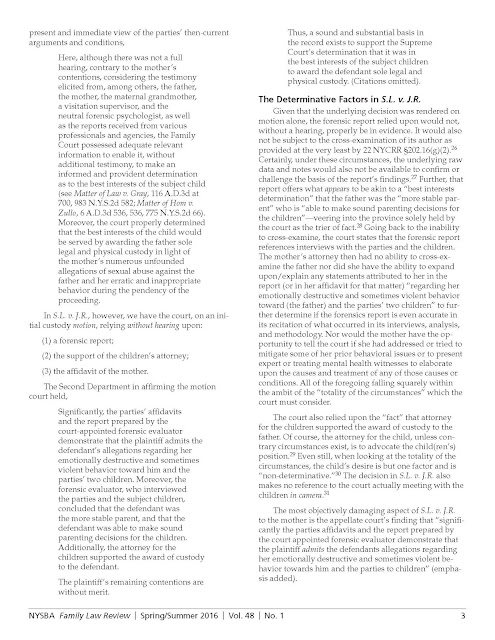 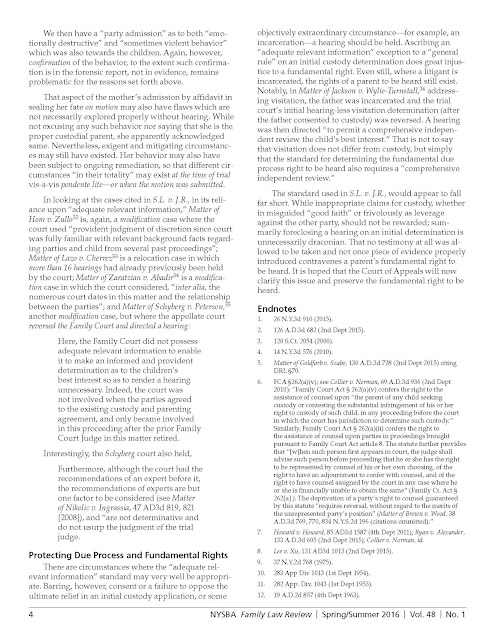 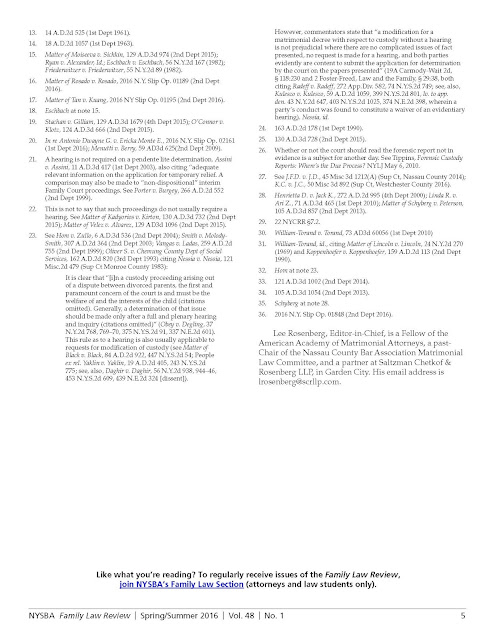